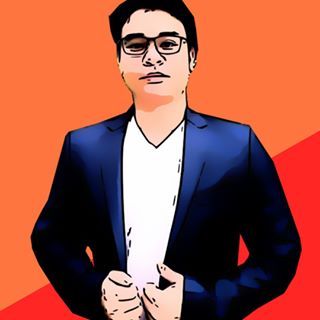 In the previous post, We mentioned many jargons in operating system such as system call, interrupt, signal, etc. Let’s try to understand them in this post.

Kernel is a piece of software code that is responsible for process management. System will enter kernel mode via TRAP instruction, typically from:

Let’s look at a few examples:

TRAP instruction is similar to the library procedure as they are taken from a distant location and the return address is saved on the stack for use later. However, they are also different, i.e. The TRAP instruction switches into kernel mode while procedure-call does not change the mode. Secondly, rather than giving a relative or absolute address where the procedure is located, the TRAP instruction cannot jump to an arbitrary address.

Context switch is the process of switching from a process to the other, the current process saves the state and resumed the execution from the same point later. A context switch occurs when the system scheduler triggers the context switch or interrupt occurs.

Context switch is expensive because it involved switching memory address space. On the other hand, thread switching is faster because it only involves switching the processor state,i.e. program counter. Additiona, the reverse of system call is often called User-mode helper function, it invokes user-space applications from kernel.

Asynchronous Interrupt is an input signal initiated by the devices and handled at the kernel:

The ISP acknowledges the interrupt by writing a certain value to one of the interrupt controller’s I/O ports to tell the controller that it is free to issue another interrupt. The CPU delays the acknowledgment to prevent race conditions involving multiple (almost simultaneous) interrupts.

(Optional) Large amount of work must be done in response to a device interrupt, but it is also undesirable to keep other interrupts being blocked for so long. These two needs (work and speed) conflict with each other. Linux resolves this problem by splitting the interrupt handler into two halves. The top half is the routine that actually responds to the interrupt. The bottom half is a routine that is scheduled by the top half to be executed later, at a safer time. The top half saves device data to a device-specific buffer, schedules its bottom half, and exits. The bottom half then performs required works, such as awakening processes, starting up another I/O operation, etc. This setup permits the top half to service a new interrupt while the bottom half is still working.

Signal is a form of inter-process communication (IPC), initiated by the kernel or process, via kill() system call which asynchronously delivers to a thread or process.

Signal generation: When a process sends signal with kill(), the kernel confirms the calling process has sufficient privileges to send the signal. If not, an error is returned. In order to generate a signal, the OS simply sets a bit in a bit array maintained in the Process Control Block data structure (task_struct in Linux) of the process that received signal. Each bit of the array corresponds to a particular signal, and when a bit is set, the signal corresponding to the bit is pending.

Signal delivery: when the receiving process is switched to kernel mode for scheduling, it will process the signal. Before switching back to user mode, the kernel always checks the pending signals for this process. This check must happen in kernel space because some signals can never be ignored by a process, i.e. SIGSTOP and SIGKILL in which the kernel unconditionally acts on it. Otherwise, a process have 4 ways to handle a stypical signal: